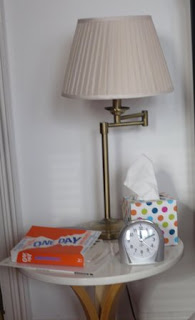 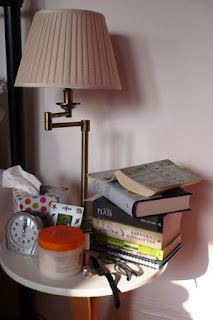 So we are not exactly carbon copies of each other – my chap and me. Yet, I know that as in most good relationships, it is the differences  between us that cement us together and keep life interesting. He’s very patient and I was sent to develop that patience by trying it at every opportunity. So, quietly and without any great fanfare, I would like to use a day we never celebrate to say thank-you., bless you and all the other stuff which ain’t no body’s business but ours. 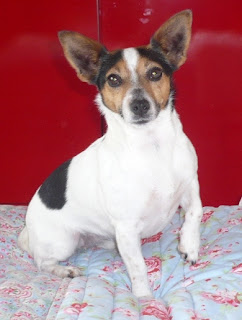 This is Lucy and she is the new addition to the family. There may be a temptation to think that we have lost our collective minds. It’s not as if we’ve exactly got the dog we already have under control. (By the way – mad woman on the park – a Jack Russell bounding towards you on the park does not constitute a devil dog attack and certainly does not merit wild swipes of your handbag at said Jack’s head.)

But Lucy was my brother’s dog and three dogs were too much for his partner to manage alone so now Lucy lives with us. So there.

Lucy is my first lady dog so it was a bit of a shock the first time I saw her do a wee wee but other than that she’s just more of the same as Morecambe but a bit more delicate. Morecambe,of course, is totally annoyed by her very presence. Can’t say we expected any different to be honest… 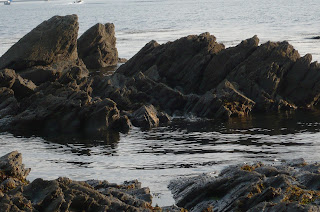 One of the differences between blogging and say – writing a book is that a blog is a living document with a timeline. So, unlike the printed word, the fact that I haven’t been on here since well before Christmas is as plain as the nose on your face, as they say. I have spent a few months concentrating on other things. I spent a long time dealing with my brother’s death. Read lots, walked a lot and worked a lot. We got though Christmas ok although there was literally a spare place at the table. But now, having accepted that you never recover from something like this, you just carry on, a bit more frayed at the edges but essentially believing all that you believed before. The blog returns with apologies for its absence. More news to follow. 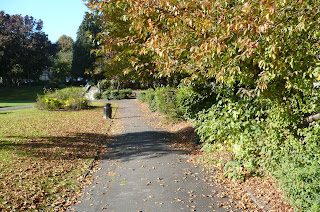 To celebrate the coming of Autumn I present one of my periodical lists of things I am learning at the moment. The more eagle eyed among you may notice that some of these things are slightly contradictory – in other words they are complete opposites but I’m just that way out at the moment. Take it or leave it..

1. Sometimes Christians really get on my nerves. Almost to the point where a punch in the face may be necessary. People who really should know better are judgemental about people they really should be loving and they call it being righteous or separated unto God or something. If Jesus had decided to stay separate unto God what sort of a mess would we be in.
2. Sometimes Christians are really nice and kind.
3. Sometimes I am too judgemental about Christians.
4. Punches in the face aren’t ladylike either being given or received.
5. All teenage boys make a sort of strange exploding noise when Nigella Lawson faces the camera and takes her jacket off to start cooking.
6. I am the only person in the room watching Nigella for the cooking.
7. Eldest son’s first university offer has come through and I am very,very pleased and proud
8. Eldest son’s first university offer has come through and I am devasted that he will be leaving before we know it.
9. Despite my tutting and moaning, Argos, Boots, Tescos and all the rest of them will continue to start Christmas whenever they flaming well like.
10. It doesn’t mean I have to be happy with it.

11. Its a bit of a distant memory but I’m pretty certain that daughter’s French is already better than mine was when I was messing up my A level horribly. That has to be a good sign (for her anyway)
12. Barbara Pym books make me very happy as do books on knitting.
13. That last point makes me seem about a hundred and three and I don’t care.
14. Saturday evening with some chums, a chicken supper and a bottle of wine is one of the best restorative cures I know.
15. Along with lunch with the chap. Long live bacon sarnies with a coffee and a walk round Waterstones.
16. I am a very cheap date. 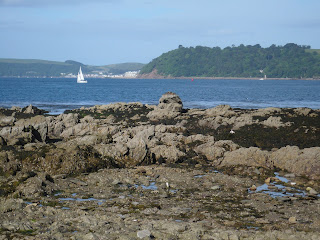 Those who know me know why there has been a blogging gap. Last week I lost my beloved brother to pneumonia. I have struggled with the idea of writing about this as
a) T’aint really anyone else’s business and
b) You may well not be that bothered anyway.
But I would be dishonest to ignore it as it occupies most of my waking thought (and quite a lot of what should be my sleeping thought) at the moment and although I cannot promise any really coherent train of thought, this has been where my brain has been at.

There are things in life that you just don’t see coming. You can waste a lifetime’s worth of energy worrying about what may or may not happen and than one sunny Saturday afternoon you get an unexpected phone call and everything changes. You can almost physically feel the land crumbling beneath your feet. My brother was ten years younger than me, successful, happy, popular with, as they say, it all in front of him. Within three weeks he was gone.

It’s the little things that make you the saddest. His sunglasses on the dashboard of the car, canceling the hotel that had been booked for his Christmas visit, hearing that his dog still runs into the kitchen looking for him.

Try as you might to find a reason, sometimes you just can’t. God doesn’t let you know. Indeed sometimes God is a distant figure in this. People try and invent reasons to make you or them feel better. Sympathetic, quizzical looks asking about his lifestyle but that approach never washed with me. There are better people in the world than him but there are worse. This doesn’t give anyone a right to judge.

CS Lewis talks about the absence of God in your grief
But go to Him when your need is desperate, when all other help is vain, and what do you find? A door slammed in your face, and a sound of bolting and double bolting on the inside. After that, silence. You may as well turn away.

Its tough but true I think. Almost as if a part of your grief has to be gone through alone. Eventually though (and I admit, I am only at the beginning of this) you move on a little to a place of accepting that you may never understand it.

When I lay these questions before God I get no answer. But a rather special sort of “No answer.” It is not the locked door. It is more like a silent, certainly not uncompassionate, gaze. As though He shook His head not in refusal but waiving the question. Like, “Peace, child; you don’t understand.”

And I think you come to accept that you don’t get over it. You learn to cary on moving forward in sorrow but also in faith, accepting that your soul will always be a little more ragged at the edge than it was before.