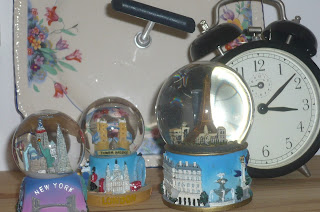 Unlike some people on this sceptred isle, I bow to no one in my admiration for the USA. I think it is a great country. I know I’ve only been to New York which is sort of a country on its own really but I think that any place that produces Star Wars – originals only  *compulsory disclaimer on all mentions of the words “Star” and “Wars”*, Frank Sinatra, The West Wing, Phillip Yancey, Woody Allen, Motown etc etc must be your actual rather wonderful place.
I know some people take exception to America’s habit of occasionally shouting at everyone “Who rules da world?” just to put us in our place but to be fair – they probably do. I think we as Brits probably did the same thing when we had an Empire but our shouting would be a bit more refined and done with our pinkie finger in the air.
I also accept that there are places in America where the sixties never happened and that in these places the fact that America has a black president is just a temporary moment of madness that will soon pass. It sometimes seems strange to me as a foreigner that the President’s way of dealing with this seems to be to pretend that he isn’t black at all until I remember that when we were all sort of revolutionary over here and elected our own lady/woman leaderene, she was practically a man in everything but the lippy and the handbag. I suppose the idea is that it doesn’t matter what colour/sex you are.
Anyway I am digressing again. Why don’t you shout and tell me? Despite all this general American wonderfulness there is one thing I can never forgive them for. The Prom. To be precise the prom for sixteen year olds. When I was sixteen, at the end of the school year we had a school disco. We wore platform shoes and love beads. The super glams wore blue glittery eyeshadow. It was super exciting because make up and jewellery were not allowed at school. (Officially. Unofficially people wore jewellery until they got caught, when it was instantly confiscated, never to return. My theory was that Mrs Briddon had a stall on Farnworth Market with the stuff she nicked from me)
Now sixteen year old people cannot just settle for a disco. Oh no. we have to deal with THE PROM. This is the first time I have had to cope with this. Fruit of Womb One sulked his way through his first one (Boring) and didn’t bother turning up for the second one skulking off to Pizza Hut instead. I knew it would be different with the girl.
Now I have to admit that I am getting off lightly. Girl is spending day of Prom at friend’s house and they will be getting hair, nails etc done there by visiting beauty moppets. Some parents are running all over town making beauty appointments like its for Oscar Night and it’s not that bad for me but there is still terrible pressure to get the right dress, shoes etc. Who decided that this was acceptable? Who is the demon master of marketing that managed to foist this on us? Evil Genius you are.
Have you seen some of the prices of the dresses? Now I’m not mean (well OK I am quite mean) but £600 to buy a dress to stand in some crummy hotel with a load of grumpy teachers and hysterical school kids, all of whom will be the worse for drink despite  threats about enforced sobriety. Pah and double pah! By the way, before you start emailing me with photos of starving African children and lecturing me on being loosey goosey with good money, let me reassure you that we will not be spending £600 on a prom frock in this house.
It is so difficult though. Some Christians who live in the woods and eat berries and see the glory of God in nature every day etc will tell me to get real and make a dress from curtains like the Sound of Music. But I can’t. I simply can’t. I don’t have time for one thing and for another, anyone who saw my attempt at putting a zip into a cushion cover knows that no sane person would ever wear anything I made.
I could make her wear something from the hospice shop and indeed I expect some people will do this successfully. But I think you have to have a certain elan to pull that off. I don’t posses enough style and I’m not convinced that everyone else who thinks that they have that style actually has it either. I remember dropping Girl off at a party where her friend was wearing a “vintage” frock. The last person I saw wearing a dress like that was Olive in On The Buses. And Olive looked better in it.
Do I want her to think God is a spoilsport? Does God not want her to look pretty? God made her pretty – of course he does. It is I suppose, all about the daily challenge of a balanced, godly life in a world where values have sometimes gone to pot as they say up north. My challenge is to allow, nay encourage her to have a good time while reminding her of the ridiculousness of the whole thing and that spending every last penny on looking like you are permanently auditioning for a soap isn’t really something to build a whole life on. I believe our American cousins call it “Keeping it Real”. Indeed.