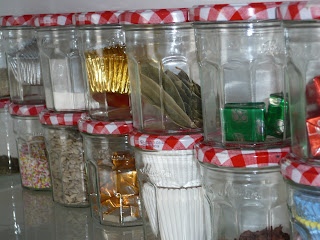 If you have come here for spiritual support, this is probably not the week. Sorry. Ever have one of those weeks when you check that you are not a week’s holiday missing? It has been a week severely lacking in glittering celebrity moments and more than once I have found myself thinking “I bet Liberace never had to live like this.” I think we’ve all been there.
This week fruit of Womb Two set off for school on Tuesday only for me to receive a call from the school nurse about an hour later. “She doesn’t feel well and she says she feels sick. Actually she is a strange colour.” I’m at work with no transport but it’s ok because I can phone her dad. Except HE HASN’T TURNED HIS MOBILE ON – AGAIN. Head of House doesn’t really like mobile phones – that’s ok. Far be it from me to lecture anyone about living in this century rather than one where people people wear crinolines, play the piano as their only entertainment and Colin Firth dives into pools. He is entitled to his foibles. We all are. EXCEPT WHEN IT INCONVENIENCES ME! So, after using my Hiawatha-like skills to track him down, he collects the girl and she clearly isn’t well. Apparently, we later find out that half the population of the school is evacuating their lunches and the school nurse is getting a bit wobbly with it all.  About this time I begin to feel a bit head-achy and nauseous. It’s going to be a long week.
Trip to see The Cloonster in Ides of March is derailed for this week at least. Ah well. Head of House has been on nights all week which is a bit weird. I have this fantasy of going to bed alone in posh PJs with hot chocolate (don’t know why – don’t really like it) and a copy of Shakespeare. In reality, I am woken at 2.30am as mobile buzzes. (Email from Next  2.30am- what is that about?) I have taken mobile upstairs for extra alarm insurance in case mine doesn’t work. When I wake up – I momentarily think that, as I always expected would one day happen, I am being attacked by giant spider which is sitting on my face. Turns out to be the Georgette Heyer Murder Mystery I was reading when I fell asleep.As I said. A Normal but somehow Long week.
Fruit of Womb One is settling in  in York. I have to tell you that usually I ask permission to share things my kids do with you as it’s only fair I think. However- he’s not here so “le titty – i’ll est tough” as they sometimes say in France. So the church he is going to in York is St Michael Le Belfry. Very famous, Spirit led, student friendly church. One of the things it is most famous for is being so close to York Minster – about five yards away. All I’ll say is that two of them couldn’t find it – after having visited once already.  York Minster. I’m fairly certain you can see it from space!! Young people eh?