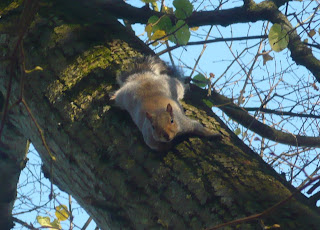 No! This is good! Honest! Come back! I understand that for some of you who attended any youth meetings in the eighties, the title of this blog will have brought you out in a cold sweat. I too attended those meetings and they are etched in my mind like a Terrible Thing sold from the Terrible Thing Sale at the Terrible Thing Shop (to paraphrase Blackadder)
These were the days when people leading from the platform thought it was the height of Spirit Filled Worship to turn to complete strangers and yell “MY CUP RUNNETH OVER TODAY SISTER!” (It wasn’t) Or that we would all be released by turning to the person next to us and giving them a back-rub (We weren’t) or that turning up with no sermon prepared would give the Spirit room to move amongst us. (It didn’t)
These were nervous times for me because my then boyfriend who was one day going to be blessed enough to become Head of House would often feel that some of the more outlandish suggestions from the front merited an answer from the congregation. (A loud answer) I can feel the prickles of embarassment up and down my neck as I am typing. I know I am a miserable sort but I am happy in my misery and to be fair – I was never the most enthusiastic youth leader.
Anyway – to get back to bigger picture thinking. Have a look at the photo at the top. Darn purdy ain’t it? (Puts hands on hips in manner of dancer from Oklahoma) Lovely sweet photo of a squirrel in our park. La la la. However, if I knew how to work the camera properly and was able to pan out and take a photo of the bigger picture (see what I did there?) you would be able to see that this photo should be re-titled. “The Smell of Fear”. Because at the bottom of this tree two Jack Russells are snarling, barking and trying to climb up and reach said squrrel and tear it limb from limb. In fact, if it weren’t for Head of House doing sterling work by continually dragging them away – I am convinced that they would have worked out how to give each other a leg up to reach the poor thing.
Bigger picture thinking. Accepting that not everything is exactly as it seems at first. That person who really gets on your nerves by behaving so appallingly – is there a possibility that there is something going on in their life that you know nothing about? Something that means they can just about keep their head above water enough to funtion and not much else? That person with the  dodgy lifestyle choices who is never going to get on the front cover of “Really Good Lovely Christian People” magazine. Maybe she was making even worse lifestyle choices a year ago and is, in fact making real progress. That person who seems to go out of their way to make your life a misery? Maybe so miserable in their own skin and consumed with jealousy because they feel you are so comfortable in yours. (Believe it or not) I think you probably get the idea.
If I said now that it took me a long time to come round to the idea that its not all about me and how I perceive things, then if you listened closely you would be able to hear angels laughing snorty laughs because Heaven knows very well that I am nowhere near that level of self awareness. But, in the spirit of
Matthew 7:12
So, in everything, do to others what you would have them do to you..

If you want people’s understanding of your bigger picture even if you can’t say what it is, then we have to try and think that others may have an unseen bigger picture as well and act accordingly. It may mean not being judgemental. It may mean counting to ten and smiling. It may mean keeping my your big trap shut as they say in the Royal Family. Kindness – that’s the key.

I would just like to point out that no furry animals were harmed during the production of this blog. In fact, after several hours of specialist squirrel counselling, we were able to prize its little claws off the tree one by one and we are expecting it to come down by Christmas. Probably.

I think we all sin by needlessly disobeying the apostolic injunction to “rejoice” as much as by anything else – C. S. Lewis
Have a rejoicy week everyone. (I think you will find it IS a real word actually.)