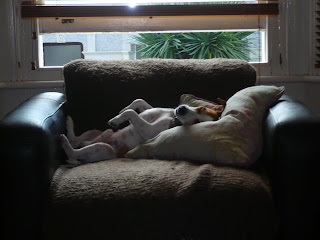 When I was at primary school, every week we were visited by a vicar. He was a decent enough bloke although he often seemed to be in the middle of some kind of spiritual crisis which he felt  compelled to share with us. It may well have helped him to share but I do remember that he often left a class full of ten year olds feeling slightly bemused and a little depressed. Well, come on. At that age you want to be counting the animals as they go into the ark, not wondering why God allows pain and suffering.
Anyway, one thing he said did leave an impression on me. He asked what everyone who wasn’t a Christian had that Christians didn’t have. (keep up) and the answer was “Limits”. See what he did there?  I have to admit, that the idea that there are no limits for me as a Christian is an attractive one and there are loads of scriptures that back this up. However, I do think we have to be careful not to set ourselves up as a super duper achievement machine sort of visualising ourselves moving onwards and upwards in life while singing “Ain’t no mountain high enough” and being generally impressed with ourselves. Obviously our power to achieve anything comes from God and we need to get our priorities right.
The thing is though, I’m beginning to wonder if there are limits sometimes. Are there times to stop and accept that we need to slow down. Do we have to accept that we can reach a point where we have quite simply had enough. Someone said to me recently that sometimes people don’t think before they speak to me because I am such a good coper (is that a word? I mean good at coping) that they always felt I could take anything that was thrown at me. Er No.
Been thinking about Elijah’s hissy fit. After having been party to a massive miracle, which changed the direction of a whole country, it only took one woman waving a bony fist at him to make him collapse in a heap. Why was that do you think? Maybe he had reached his limit. It looks to me as if God thought so. God’s response was more or less to tell him to get some food and some rest and they would talk properly later.
Maybe there comes a time in life when we have to say enough. Limit reached. I have to stop for a while now. The photo at the top shows that when my Morecambe needs a rest he takes one and don’t interrupt if you know whats good for you. I am aware that at 10am in the middle of a staff meeting you can’t always get your head down on the desk but as soon as its practical maybe I need to notice my limits and take some action. As my mother would say – no one else is going to do it for you!

WHAT! Boots have got their three for two Christmas gifts out. You have absolutely, completely, totally got to be kidding me!! September 15th! Has the world gone mad? ARRRGH.