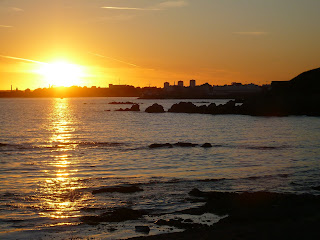 Come on. Admit it. I can’t be the only Christian who is intimidated by all the scientists with letters after their name shouting about how there is no God and they an jolly well prove it because the sum square of the genome string theory proves blah blah blah….
As I think I have said before. Why so aggressive? You believe what you believe and I’ll believe what I believe and then when I’m proved right you’ll have to apologise. Seems reasonable enough to me. But they all seem so sure and so certain and although I know that faith isn’t provable by facts I also know I don’t have the brains to win an intellectual argument.
Anyway found a letter in the Times on Saturday. Try not to put dosh into Murdoch coffers but cannot give up Caitlin Moran – sorry can’t, so have to buy The Times on Saturdays. Back to letters. Found letter by Dr DR Alexander, who has lots and lots of qualifications and is Director of Faraday Institute at St Edmund’s College Cambridge no less. The gist of his letter says that Dawkins etc. are talking about the “God of the Gaps”. As I understand it, atheists say that when new scientific discoveries about creation come to light, that this means that God is diminished. BUT Alexander says that this is not our God because our God is bigger than all the gaps in science and all the gaps only exist under him. So science explains how the earth exists but theology explains its meaning.
Basically – science’s God is too small. Blah-so rubbish at explaining this but hope you get it. It helped me.

Anyway, on a more mundane note. Younger members of Hargreaves Dynasty are now back at school. Only to find that looming cuts mean that students’ bus subsidy has been withdrawn . Apart from the fact that it is now costing us nearly £100 per month to get sprogs to school on the bus (Trying to be green and use sustainable transport is costing us a fortune!) I don’t think the Tories realise how difficult it has been to keep eldest from joining the Communist party and this isn’t helping.

Just letting you know that my friend hit 50 this month and texted us to say that she was on her way up Snowden with her husband to celebrate. I cannot for the life of me think why she would want to do something like that but there you go. Congratulations anyway chum.