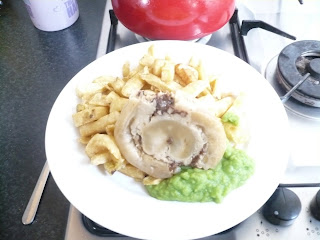 Back at work this week so unable to settle long enough to bless you with deep thoughts and insights so try and get by without the bedrock of my wisdom but think on these things.

1. Richard Dawkins is arranging to arrest the Pope. Leaving aside the deep moral and spiritual issues I feel Mr Dawkins will do better when he gets over his shyness and pushes himself forward more. Come on Mr Dawkins!

2. Hero of the week. The mother of a child with Downs Syndrome who stood up to Frankie Boyle. Find out more here. I understand that a comic who bases his act in being edgier than the edgiest edgy thing will do stuff that makes you go ouch. However, in the debate about where the line is drawn – surely its a long way in front of kicking helpless children with a disability who can’t fight back. This just won’t do. In the olden days when I was a child we had a word for kids like Mr Boyle (no not that word – its a Christian based column and that’s not edifying) the word was bully. And although everyone was nice to the bully’s face – nobody really liked him. Mr Boyle may not care but that doesn’t make a difference. Don’t do it.

3. North/South Divide. There are lots of things the South does at least as well as the North. The weather helps of course etc. etc. but there are areas where they should never cross into each others areas of expertise and at the top of the page resplendent all its glory, is an example of one. The Steak Pudding. This may be called one but it isn’t one, if you know what I mean. Don’t do it. Leave it. Don’t try. Don’t dabble. Don’t pretend. No. No. No……………………………………………………………….No! Er No.