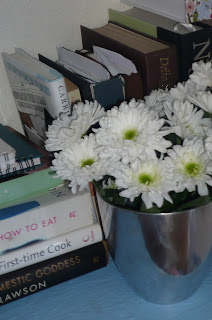 Been musing and ruminating about some news found while looking for something else on the Internet (that’s how I find lots of interesting stuff – rarely have the good sense to find my way directly to what I need) I came across this article Am I the only person who finds this shocking? I mean this is my religion folks and I don’t seem to be supporting it. I understand that people get their information from lots of different places these days – TV, Internet blah blah-you know it all; but has it changed so much that an entire industry (outside of the USA at least) is going down the tubes?
When I was a teenager (and yes they did have TV then) I always had a Christian paperback on the go. I do read a lot, and always have a few books going at once but there was a time when at least one was always a Christian book. It could be lurking in my work bag for the bus, at the side of my bed or in the bathroom for “unexpected delays”(sorry, too much information).
Some of them were rubbish to be honest. In the main a book by a “big name” preacher could often be a disappointment (with a few honourable exceptions) But some of them were brilliant and are still on my bookshelves now. Well-thumbed copies with pencil scribblings (highlighters were no good; they go through to the next page!)and corners turned over. I learned about clarity and insight from CS Lewis, Grace from William Newell, suffering for your faith from Corrie Ten Boon and Jim Elliot and later about constructive questioning from Phillip Yancey and insightful humour from Adrian Plass (genius – don’t get me going)
I don’t want to be too sweeping about this and I know that not everyone likes to read but I don’t see that same culture now. Are we too swept up in the middle-class, green, sustainability, fair trading culture(and yes I know these are “good things” so put your eyebrows back down)to dig deep into our faith.
If I am a struggling Christian (and I am) is some of it because I don’t learn enough about my faith and what I believe? Possibly. Am I thoughtful enough? Probably not. So, in light of this, new discipline number one is to re-add Christian books to my usual books. So, I bought The Shack because everyone else seems to have read it. Unfortunately, this has gone horribly wrong because husband has stolen said book to read before I could and has said that he feels I would not cope well with the subject matter. (He could be right. I had to leave the cinema 15 mins into Mystic River because I could see a child was about to be abused)For what its worth he says the book is “interesting” and “unusual” so far and has only cried twice. Not much of a review I know.
So I will have to go and get something else to read and let you know how I get on.

With a view to developing a learning mentality I also wanted to include something I learnt every week. Something I didn’t know before that would help me grow. So……

This week I have learnt that.. 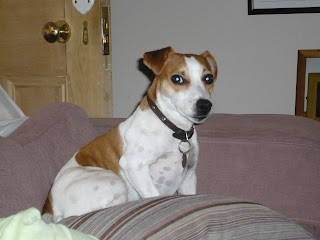 I have been blessed with a dog who will never, ever, allow me to put a pearl necklace on him. Not as profound as I had hoped but there it is